The 10 most incredible places to visit in Turkey 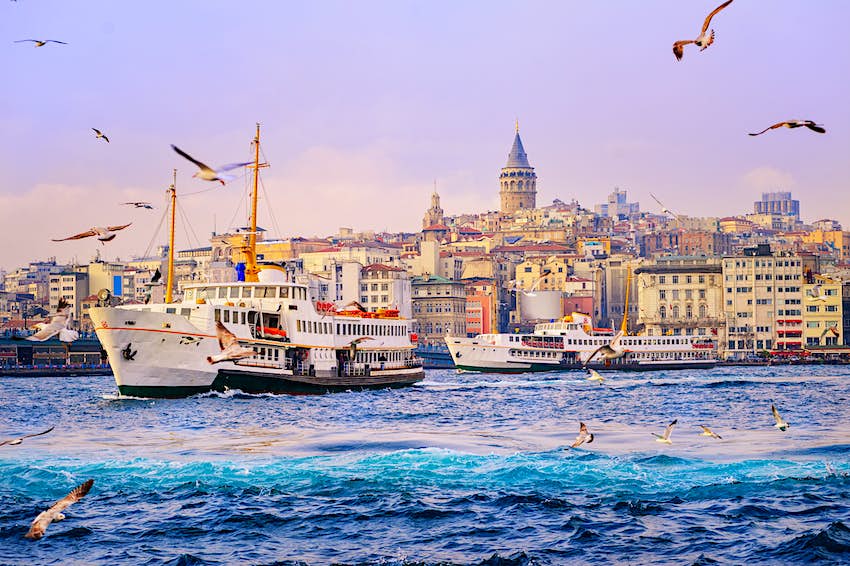 The vibrant city of Istanbul, the fantastical rock forms of Cappadocia, the ancient ruins of Ephesus, and the glimmering Mediterranean and Aegean coastlines are Turkey’s biggest draws, but each region of the country has something distinct to offer.

The diversity of landscapes, heritage and culinary culture will surprise those expecting only mosques, beaches and kebabs.

Even though it’s easy to get around Turkey, the country has too much to see and do to tackle it all on one trip. Because most domestic flights route through Istanbul, spend at least a few days in this dynamic global metropolis before heading out to one of our other top places to visit in Turkey.

One of the world’s greatest cities, Istanbul should be on every traveler’s must-visit list. Highlight sights like the grand Byzantine basilica Hagia Sophia and the Ottoman sultans’ lavish Topkapı Palace attest to the city’s centuries-long history as the capital of powerful empires.

But set aside some time to experience Istanbul as it is today, too. Go cafe- or bar-hopping in the hip Kadıköy neighborhood, wander the backstreets of more conservative Fatih or peruse contemporary art in Beyoğlu. Don’t forget the simple pleasure of drinking çay (tea) on the ferry while taking in spectacular views of the city.

Cappadocia is a geological wonderland in the center of Turkey. The history of early Christians in Anatolia comes alive at the Göreme Open-Air Museum and the other cave churches and underground cities scattered around the valley. Romance blossoms in the area’s cozy cave hotels and restaurants, not to mention sunrise balloon rides complete with a champagne toast. Adventure awaits amid the green valleys and undulating rocks for hikers, mountain bikers and trail runners.

Yes, Turkey’s Mediterranean coastline between Fethiye and Antalya is full of beautiful places for sun, sea and sand vacations, but it’s also dappled with evidence of the ancient civilizations that once populated the area.

The seaside ruins of Patara (which boasts one of Turkey’s best beaches too) and Phaselis are particularly picturesque, and the rock tombs of Myra are especially impressive.

The Antalya Museum offers good insights into the region’s history. Explore by sea on a gület cruise, on foot along the Lycian Way hiking path or by driving the scenic (but winding!) coastal roads.

The rough, cold waters of the Black Sea aren’t particularly inviting, but turn your gaze inland, where lush green valleys spill down to the coast from high peaks, to see the region’s appeal.

The lower elevations are home to most of Turkey’s tea and hazelnut production, while the high plateaus (yaylalar), like Pokut, that were once used as summer pastures for livestock are becoming popular with tourists seeking out scenic views and a taste of traditional Black Sea culture and cuisine.

Further above, the Kaçkar Mountains offer spectacular trekking in summer for experienced hikers. Trabzon, home to the cliff-side Sumela Monastery, is the area’s main hub for air travel.

The often-overlooked southeastern Anatolia region is one of Turkey’s cultural – and culinary – stars. The cities of Gaziantep and Antakya (Hatay) are famed for their food, and both also boast museums with incredible collections of Roman mosaics.

Mardin’s picturesque, well-preserved old town also makes a great base for exploring the monasteries and Roman ruins in the surrounding area. The world’s oldest religious site, Göbeklitepe, lies just outside of Şanlıurfa, which has its own fine archaeology museum and bazaar.

Chilling out and getting back to nature is the order of the day on the remote Datça and Bozburun peninsulas in the south Aegean.

The vast landscapes of Turkey’s far east have a remote ruggedness unmatched elsewhere in the country. Perhaps best known to travelers as the terminus of the Doğu Ekpresi (Eastern Express), a popular and scenic overnight train trip from Ankara, the border city of Kars retains striking architecture from its years as a Russian outpost in the 1800s. Nearby are the extensive and evocative Unesco-listed ruins of Ani, an ancient Armenian capital.

A three-hour drive south will take you to the remote İshak Paşa Palace, passing by the fabled Mt. Ararat (Ağrı Dağı) en route. Continue on to Van, where you can fuel up on one of the city’s famously elaborate breakfast spreads before visiting the fine museum in town and taking a day excursion to Akdamar Kilisesi, a masterfully decorated Armenian church and monastery complex on a small island in Lake Van.

Gallipoli and the North Aegean

Cemeteries devoted to the tens of thousands of soldiers who died in bloody battles on the Gallipoli Peninsula during WWI are scattered around bucolic rolling hills, all the more poignant amidst such serenely beautiful landscapes.

The area is also the gateway to Turkey’s North Aegean coast, a more relaxed alternative to the Mediterranean where you can take a leisurely tour of pleasant seaside towns like Ayvalık and Foça, the island wineries of Bozcaada, the ancient city of Troy (with its standout new museum) and the spectacularly sited hilltop acropolis of Bergama.

Named for the saffron that was grown and traded here for centuries, Safranbolu is today popular with visitors who come to soak in its old Ottoman atmosphere.

Many of the town’s historic wood-framed mansions have been restored and converted into picture-perfect boutique hotels, cafes and restaurants. If it all starts to seem a little too cutesy, the canyons, waterfalls and woods of the nearby Yenice Forest are a natural tonic.

The bright-white terraces of Pamukkale are surely one of the most photographed sites in Turkey, incongruously gleaming above the rural town like freshly fallen snow.

The warm mineral water that flows through them was the basis for the ancient spa city of Hierapolis, whose extensive remains sprawl out along the hilltop next to the famous travertines.

Pamukkale also makes a good base for visiting other nearby ancient sites like Laodicea, Tripolis and – most notably – the gorgeous ruins of Afrodisias with its impressive collection of Roman marble...

Start exploring Turkey with Lonely Planet’s video guide to getting around, when to go and the top things to do while you’re there.

You might also like:
9 must-do things on your trip to Istanbul
Do you need a visa to go to Turkey?
The most incredible ancient sites in Turkey

The second edition of Lonely Planet’s bestseller presents an all-new ranking of the greatest places to visit on Earth.

RECENT POSTS TODAY IN THE WORLD

TODAY AND ONLINE STATS / TURKEY & IN THE WORLD

Copyright © All rights reserved ( 2012 - 2021 ) All rights reserved by wmwnewsturkey company inc.No news and photos without permission.This site has been installed by TONY BAR and is based in New York.All rights belong to SEDAT KARAGOZ / sedatkaragoz@wmwnewsturkey.com / Design and editing Tony Bar & Sedat Karagoz / ISTANBUL / NEW YORK / ALMATY / DOHA - We use cookies to ensure that we give you the best experience on our website. If you continue to use this site we will assume that you are happy with it. Web sitemizde size en iyi deneyimi sunmak için çerezleri kullanıyoruz. Bu siteyi kullanmaya devam ederseniz, bundan memnun olduğunuzu varsayacağız.
WEEKLY  TRAVEL  & LIFESTYLE MAGAZINE ...Everything should be as in your dreams / TRAVEL EXCLUSIVE WMWNEWSTURKEY'S / MOST BEAUTIFUL AND LUXURIES HOTELS ,RESTAURANTS,BARS,IN THE WORLD...