One year after the COVID-19 pandemic began, Americans are only just beginning to put COVID-19 in the rearview mirror.

With the winter surge behind the country and vaccine availability becoming more widespread, travelers are beginning to feel more confident about getting out and about, according to new research from J.D. Power Passenger View, which surveyed 1,500 respondents traveling through major U.S. airports.

Its latest report found that Americans’ concern about contracting COVID is lessening among those who travel, there is fairly widespread support for vaccine passports and mask-wearing is seen as one of the most important safety measures.

Anxiety over traveling has calmed somewhat from the peak of the pandemic, J.D.

What Every US Airline Is Doing To Keep Passengers Safe

Everything You Need to Know Before You Travel to Mexico and…

Twenty-five percent of customers said that they were “unconcerned” about being exposed to COVID—the highest percentage since the summer of 2020.

That was also lower than the number of customers that indicated they were “extremely concerned” about exposure, which was 15 percent.

The vaccine seems to have little impact on customers’ desires to travel. Four out of 10 respondents said that they will travel just as much as before the vaccine was developed.

Thirty percent said that the vaccine means that they will travel more than they had previously planned and just 29 percent of respondents said that they plan to travel less.

Digital vaccine passports have a favorable opinion among travelers. Thirty-three percent said these passports were a good idea and should be required, and 32 percent indicated that they are a good idea, but should be optional.

One of the lasting effects of the pandemic could be mask-wearing. The practice is, by far, the most important safety measure to travelers as are improved cleaning and hygiene practices and hospital-grade disinfection.

Mask-wearing blows all of the other new safety measures out of the water with 58 percent of respondents saying that it is the most important new measure.

Passengers are also not likely to let these safety measures and protections go once the pandemic subsides.

Forty-two percent said that they will likely continue to wear a mask and continue social distancing for all of 2021 or longer.

Only 21 percent said that they would stop wearing masks and social distancing immediately.

Here’s how Croatia is reopening to travelers 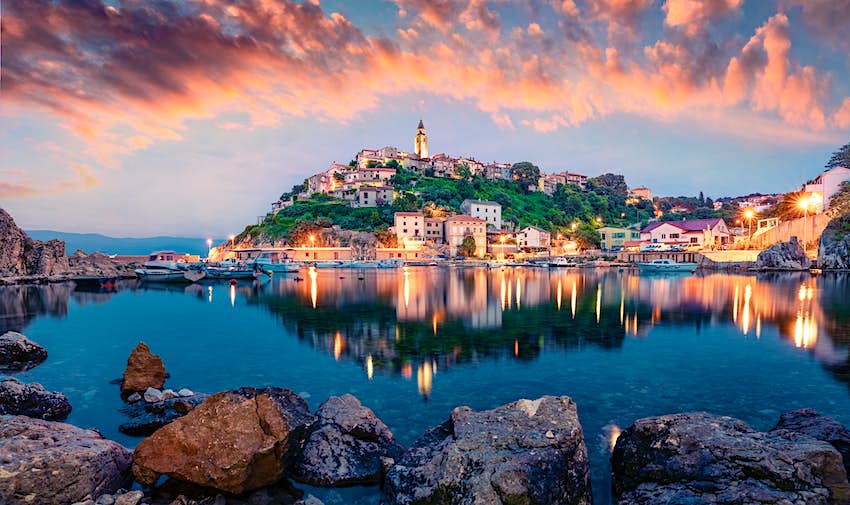 Croatia is reopening to visitors in various ways © Andrew Mayovskyy/Shutterstock

Croatia has announced that foreign travelers can bypass its COVID-19 testing and quarantine requirements, once they have been fully vaccinated at least 14 days prior to departure.

Even if they are not vaccinated, visitors can still be admitted under certain conditions. One way is to show proof of negative PCR or antigen results from a COVID-19 test administered no more than 48 hours prior to arrival.

Those entering based on an antigen test must repeat it within 10 days, if they are staying that long.

Those who tested positive for the virus within the previous 180 days are deemed to be exempt from the mandatory testing and self-isolation obligations upon presentation of a certificate of recovery issued by a physician.

Ask Lonely Planet: which Croatian island is right for me?

With more than 1,000 to choose from, Croatia has an island for every taste and budget. Here are some of our favourite places for seclusion, a buzzing party scene, history and nature.If you have a question, tweet it to us @lonelyplanet using #asklonelyplanet.

Travelers arriving without any of the above can perform PCR testing or rapid antigen testing immediately upon arrival at their own expense, but they must stay in self-isolation until the arrival of a negative test result.

If testing cannot be performed, they must stay in self-isolation for a period of 10 days.

Children under seven years old who are accompanied by a parent or guardian are not subject to testing requirements.

It should be noted that those visiting Croatia for vacation purposes need to show confirmation of booked accommodation and fill out an online form before traveling.

Read more: What countries can I travel to if I’ve had the COVID-19 vaccine?

Those who fulfil the requirements to enter Croatia will be able to visit its sandy and shingly beaches and historic buildings and fortresses.

Its coastline has more than 1000 islands located along the eastern coast, and it appeals to outdoor-lovers thanks to its numerous hiking and biking trails inland.

However, like with all COVID-19 regulations, details may vary based on your country on origin. Further information is available on Croatia’s Ministry of the Interior’s website here.

How to spend a year in Croatia as a digital nomad
Ask LP: I got the vaccine – can I travel now?
The CDC approves travel for fully vaccinated people in the US