The Rheinturm is one of the most distinctive structures in Düsseldorf’s skyline.
Today’s digital nomads might seem like they have an easy life. But making it look so easy is hard work: millennial creatives put a lot of effort into working the gigs that let them live it up.

But even the digital nomads could learn a thing or two about the work-hard-play-hard mentality in western Germany. North Rhine-Westphalia today – in particular the three capitals of Cologne, Düsseldorf, and the Ruhr Area – is morphing into a destination ideally suited for international mobile creatives to live, work, learn, and play.

These cities are closely linked – not only by proximity but also by spirit. The banana-shaped urban jungle (which has recently rechristened itself urbanana) forms a multi-faceted creative landscape for residents and visitors alike. Plus, this is a region steeped in commerce… 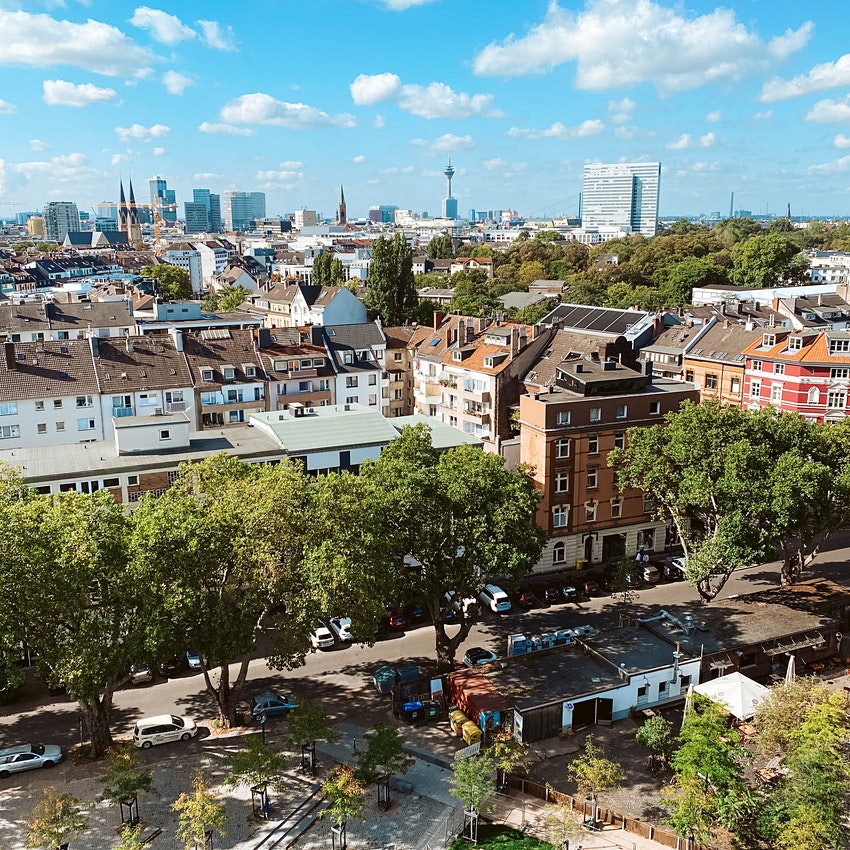 Cologne has been a trade center since Roman times, the Ruhr Area was the German engine of the Industrial Age, and Düsseldorf’s present-day industries and Japanese community make it one of the most cosmopolitan cities in Germany.

Düsseldorf_Medienhafen_0339 -® Tourismus NRW e.V. (A1).jpg
Düsseldorf’s architecture, particularly in MedienHafen, is world renowned. © Tourismus NRW
But even when working, western Germans know how to have fun. Western Germany is home to a lively startup scene, myriad social coworking spaces, and even the cheeky Pirate Summit, Europe’s largest application-only conference for early-stage startups and the investors who fund them (no ties allowed).

Winter, spring, and fall bring their share of delights, but summer is the ideal time to visit this part of Germany. Long, sunny days offer visitors the chance to amble through leafy squares to cafes for a post-work drink, or take a lunch break on a picnic blanket by the Rhine, which flows through the region.

The German Summer Cities program and urbanana draw visitors and locals to the wide variety of cultural offerings in the region – from one of Europe’s largest Pride parades in Cologne, to the DC Open Galleries festival in Düsseldorf and Cologne, which celebrates its thirteenth edition this year.

Summer in western Germany is the perfect time to let hedonism play an equal part to hard work.

Creative industrial renewal
The Ruhr Area was the capital of industrial Germany, widely known for its massive factories, plants, and mines, dubbed ‘cathedrals of industry’ by contemporary observers.

Today it’s home to 53 cities and more than five million people, who for the most part have innovated on their industrial legacy rather than sweep it under the rug. The Industrial Heritage Trail, originating in Essen, runs for 400km through the valley, touching on roughly 1,000 former industrial sites.

Creativity abounds along the trail. Take, for instance, Essen’s UNESCO World Heritage Site Zollverein. As a sprawling coal mine, the Zollverein was operational from 1932 to 1986. UNESCO honored its Bauhaus-style design by declaring it a World Heritage Site in 2001, the mine was converted into a cultural center with performance spaces, galleries, museums, artist studios, cafes, and even some playgrounds for the young or young-at-heart.

Werksschwimmbad_Kokerei_©JochenTack_StiftungZollverein_Original.JPG
The Zollverein Coal Mine Industrial Complex in Essen is a UNESCO World Heritage Site that houses a museum, shops, restaurants, and art installations such as this popular free pool. ©Jochen Tack / Stiftung Zollverein
Follow the trail to Duisburg to take in the Landschaftspark Duisburg-Nord. This former iron works now provides a leafy respite from urban life, featuring a wide variety of adventurous activities. Visitors can free-climb the old ore bunkers, hoof it to the top of the blast furnace, and even dive in the former gas tank. At dusk on the weekends, there’s a light show by British artist Jonathan Park.

Over in Dortmund, don’t miss Dortmunder U, an erstwhile industrial-scale brewery that’s been converted into a cultural center housing the Hartware Medienkunstverein.

The HMKV, as it’s known colloquially, is not only a must-see for fans of Brutalist architecture, but a trove of exhibitions and performances in a variety of media focused on cutting-edge social issues.

Dortmund_urbanana (c) Tourismus NRW e.V._Johannes Höhn (4).jpg
Dortmunder U is an industrial-scale brewery that’s been converted into a cultural center. © Johannes Höhn / Tourismus NRW
Cutting edge art and design
If you’ve had enough traipsing around old steel mills and coal mines but haven’t quite had your fill of the visual arts, the region has plenty to scratch that particular itch. In Cologne, the newly reopened Museum für Angewandte Kunst – Museum of Applied Arts – features room upon room of sensible yet beautiful everyday objects. Eames chairs, Aalto stools, and Olivetti typewriters make up the museum’s collection of not just furniture, but furniture by architects.

Better yet, the museum itself is a former furnace hall, reimagined by the British architect Norman Foster, who has seamlessly integrated the beautiful objects into the original surroundings.

The collection houses more than 870 works from nearly 300 artists, with a focus on moving image experiments from the 1960s and ’70s. In a rotating series of exhibitions, curators select art to trigger reflection on current events, drawing from disparate practices to tell modern stories. Drop in during opening hours, or book a guided tour of an exhibition. Either way, we suggest wearing black.

Social pop culture
If you thought Berlin was the only place to find a decent club scene in Germany, you’re in for a real treat. In Cologne, Bootshaus has been thumping in one form or another since 1991 and was voted the 6th best club in the world by DJ Mag in 2020 – two spots ahead of Berlin’s infamous Berghain.

In Düsseldorf, aesthetes get weird at the Salon des Amateurs, a progressive electronic club that also occasionally features performance art. The crowd is so fascinating, though, that you might not be able to tell the difference between the artists and the attendees.

For those who prefer to party en plein air, this region delivers in droves. There are more than 500 festivals of various stripes in western Germany, from electronic music to high art. In Düsseldorf, the New Fall Festival stretches its festivities over two months, featuring a wide variety of rock, electronic, and indie acts – all playing to happy onlookers in beach chairs in Düsseldorf’s Ehrenhof.

Dortmund and Cologne both host the annual PollerWiesen Festival, an open air party set to techno music put out by the industry’s best producers and DJs. For the history buffs, the gargantuan ExtraSchicht Festival comprises more than 500 events over 50 venues throughout the converted industrial sites in the Ruhr Area. Visitors can choose between a panoply of art exhibits and performances, from street art to the symphony, all with a backdrop of steampunk chic.

GERMANY TOURISM
Carefully crafted collaboratively between Germany Tourism and Lonely Planet. Both parties provided research and curated content to produce this story. We disclose when information isn’t ours. 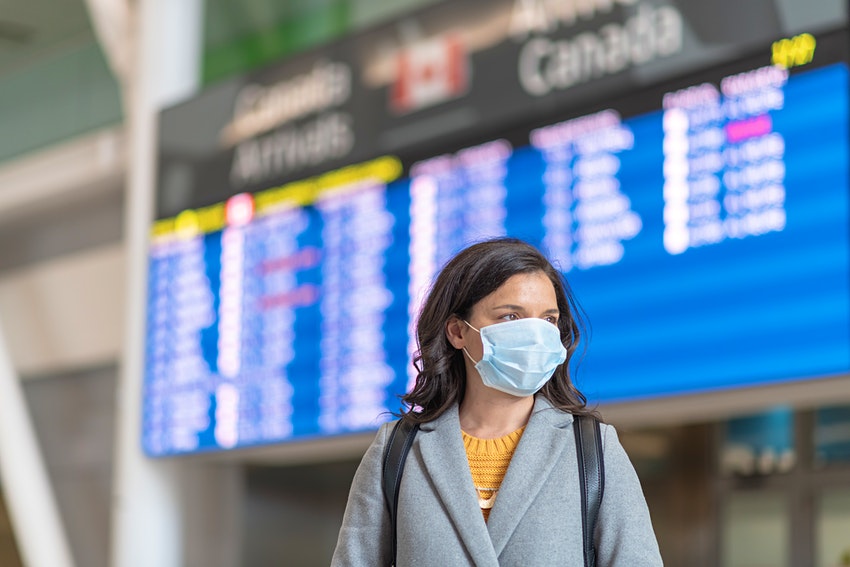 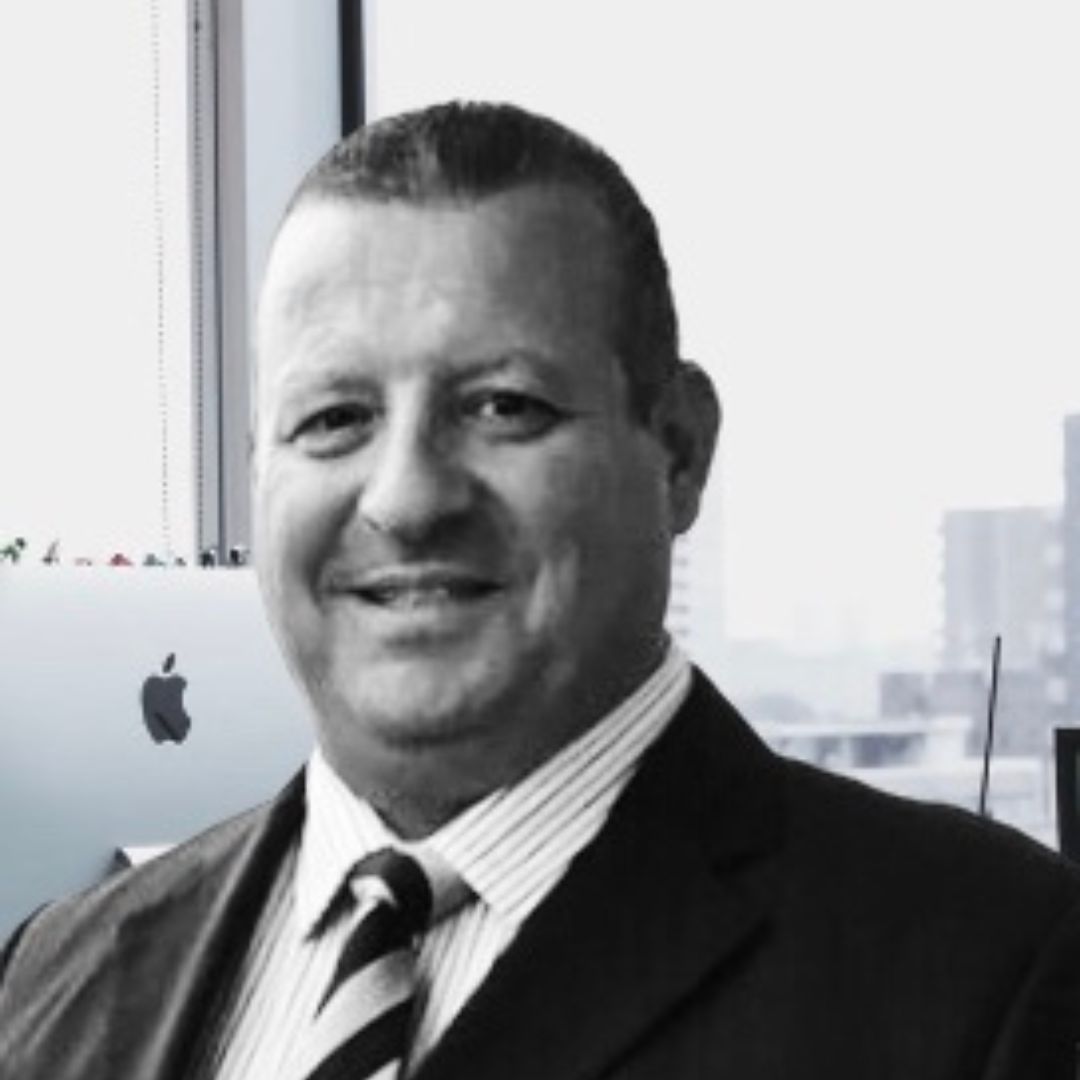