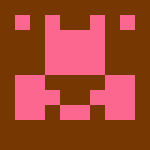 If you’re soon headed to Mexico for a bit of R&R — specifically, to Cancún or the Quintana Roo region as a whole — don’t expect to go breaking any COVID rules.

Following the news that the popular spring break destination has achieved the “orange” alert designation as it pertains to COVID, Governor Carlos Joaquin has announced that agents from other states will brought in to monitor local establishments and how they’re adhering to the imposed restrictions, according to a report from The Cancun Sun.

“We are facing a very important moment. What we do will be reflected in what will happen in the coming weeks,” the Governor said, adding that the red, and most severe, designation was all but imminent.

As it stands now, the Mexican government’s “traffic light” system gauges the number of new cases, hospital occupancy trends, current hospital occupancy rates and percentage of positive cases. Under orange, hotels and restaurants are limited to 50 percent capacity. But if even so much as one of those aforementioned indicators is red, the whole state will be designated red. And under red, only essential activities are permitted and hotels are limited to 25 percent occupancy — and only for guests working on said essential activities only, which (obviously) doesn’t bode well for anyone with impending plans to visit the region.

That said, many establishments have reportedly managed to sidestep capacity restrictions, securing permission to allow more than the sanctioned 50 percent. (Per The Cancun Sun, it’s unclear how they were allowed such a concession, despite how common it’s become.)

As Rich Thomaselli pointed out for Travel Pulse, the need for surveillance is likely in response to the lack of enforcement in the region in the first place. Historically just a hot spot for springtime travel, Cancún has quickly become a choice destination for those experiencing pandemic fatigue, year round. Due to their dependence on tourism, many hotels, resorts and restaurants have relaxed their approach to COVID restrictions so as not to further deter travelers from seeking reprieve within their walls.

But if the new surveillance agents are an indicator of the government’s intent to double down on COVID restrictions, violators beware. And while it is unclear at this time what repercussions the establishments would face, hopefully the rising number of cases in the country will be reason enough for people — both tourists and residents — to acquiesce.

MORE LIKE THIS
In Barbados, A Grand Experiment in Luxury All-Inclusives Is Underway

Inside the Central Sierra Snow Lab, Where Snowfall Has Been Measured Since 1879